Bleary after a twenty-four hour relay of flights from Miami to Dar es Salaam, I was happy to finally have the ground under my feet for more than an hour. Five months had passed since I learned that I had been selected to participate with an international DLA team in a unique New Perimeter program. We would be teaching international arbitration in Tanzania to nearly forty attorneys from the Tanzanian Attorney General's Office.

This New Perimeter program was a unique opportunity to make an impact. Many of us were attracted to international arbitration in part based on our interests in international development and growth. Creating a stable framework for the global flow of investment is an important part of fostering development and reducing poverty. This system, however, cannot exist without trust. By working directly with Tanzanian attorneys who were charged with negotiating and managing state contracts or disputes, we were not just "capacity building" for the future, but rather had an immediate impact.

The DLA team presented an "A to Z" of international arbitration, covering all stages of the arbitral process. Presentations and group exercises were not geared towards theoretical possibilities but actual experiences. Our attorney-students could relate to the issues. They had lived them. Our purpose was to help them learn how to better handle them. It is fair to say, though, that we learned as much from our attorney-students as they learned from us. Their questions were probing and challenged us to think through problems from a different perspective.

Our days were long. After breakfast at 7:30, we were on our way to the Law School of Tanzania by 8:15. We taught in teams over two three-hour blocks each day. In between, we lunched with our students on mostly Tanzanian fare. I recommend the ugali. Dinner with the team on a lovely terrace overlooking the Indian Ocean capped each evening. Well, most nights at least. There was the next day to prepare for, after all.

Beyond the experience of teaching abroad, working with the seven-member DLA team was an international cultural experience itself. Three members of the team – Mark Nadeau (Phoenix), Kiera Gans (New York), and I (Miami) – hailed from the United States. The remaining four members – Matthew Saunders, Kate Knox, Emma Martin (all London), and Theo Naud (Paris) – joined us from Europe. Sara Andrews (New York), who organized the effort for New Perimeter, was with us for much of the week.

We not only enjoyed working with our Tanzanian attorney-students, but appreciated one another's company. Whether team-teaching sessions, sharing three meals a day, packing into an antique Land Rover for a one-day safari, or learning the latest Tanzanian dance moves (think Macarena), we learned from and supported one another throughout the week

I, for one, learned quite a bit about Liverpool from my English colleagues.

And, yes, we did see lions. 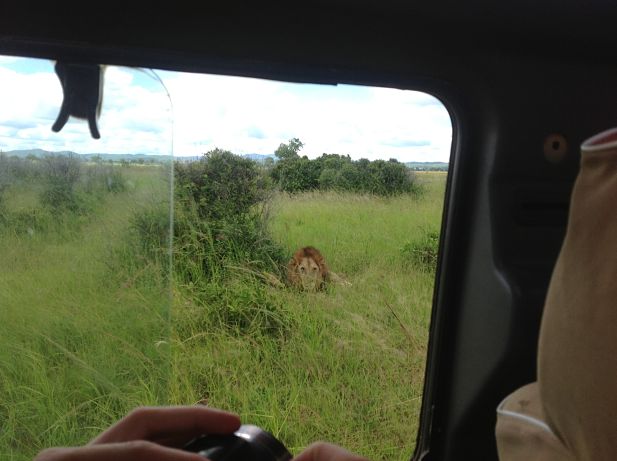