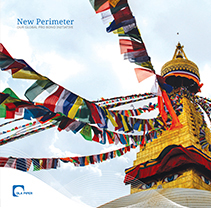 Please click on the pictures below to view more information.

In 2015, DLA Piper received the Public Service Law Firm of the year award for pro bono from client GSK during its Annual Litigation Summit, which DLA Piper hosted in its Washington, DC office. GSK was impressed with the breadth and depth of pro bono work performed by DLA Piper, especially noting New Perimeter and the firm’s signature projects.

DLA Piper was named “Pro Bono Law Firm of the Year” in 2014 by Who’s Who Legal for the firm’s commitment to maintaining a leading pro bono practice and for providing phenomenal work in 2013. Last year, DLA Piper handled 207,000 hours of pro bono work for charities, individuals, social enterprises, and United Nations and non- governmental agencies – more than any other firm in the Who’s Who Legal survey. In 2013, the firm overall donated 130,961 pro bono hours in North America, 40,171 hours in Europe and the Middle East, and 36,023 hours in Asia Pacific, which is equivalent to 133 lawyers working full-time on pro bono work for one year.

In 2013, New Perimeter received a lifetime achievement Global Citizenship Award as part of the The American Lawyer’s inaugural Global Legal Awards. After receiving more than 300 nominations, the publication created new categories to honor the important global legal work handled by legal teams across the country and world. New Perimeter received the Global Citizenship Award: Lifetime Achievement honor – the only firm to do so.

In 2013, DLA Piper and Group firm DLA Cliffe Dekker Hofmeyr were recognized by Legal Week, at the African Legal Awards, with the inaugural CSR Award for our work through New Perimeter.

DLA Piper received the 2007 InnovAction Award for New Perimeter at the Annual Meeting of College of Law Practice Management. A letter from Charles R. Coulter, chair of InnovAction, explained that the international judges “determined that DLA Piper’s creation and successful application of the New Perimeter Project is exactly the type of innovation and implementation the InnovAction Awards are designed to recognize.”